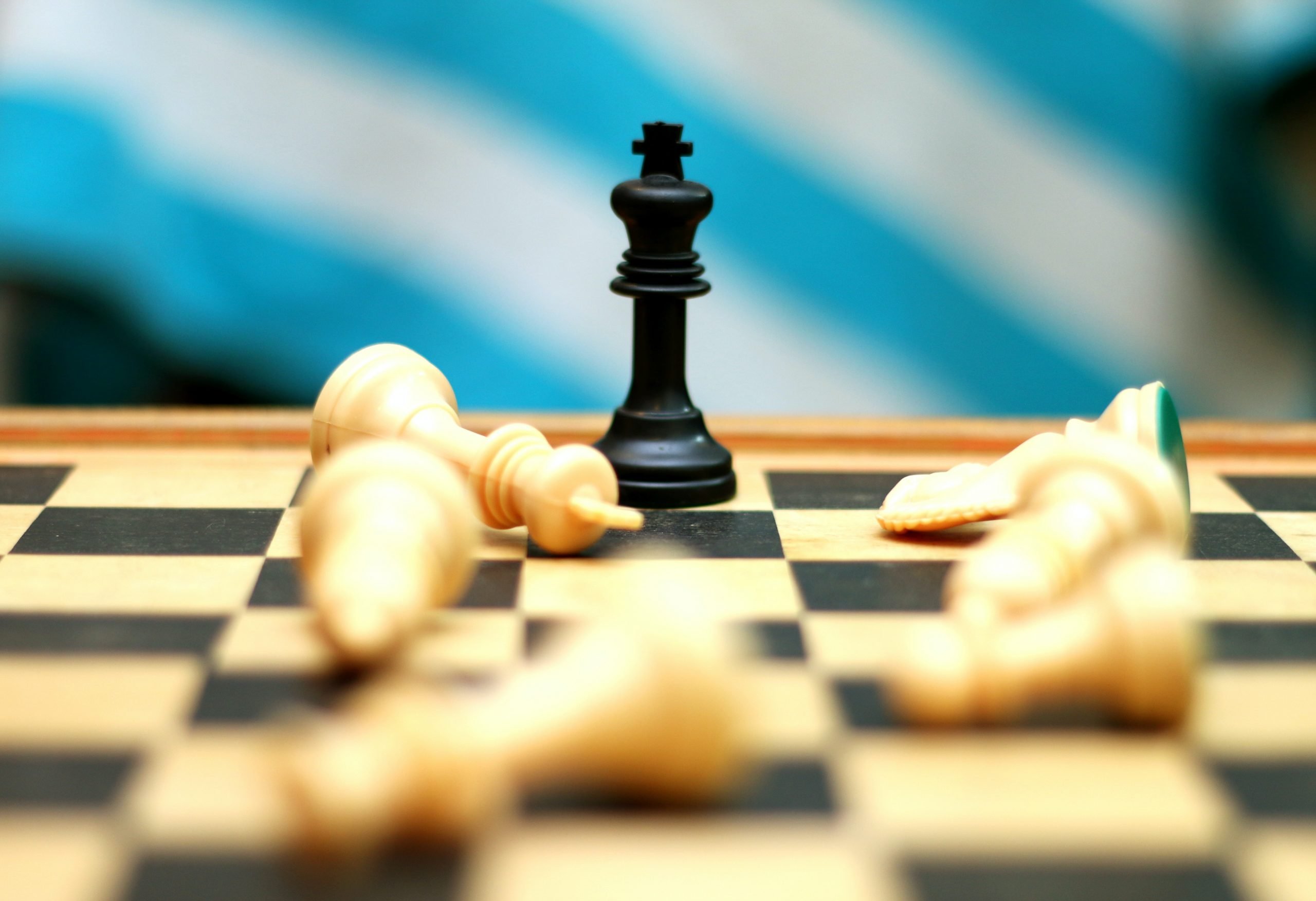 This isn’t something I broadcast a lot of my blog or social media, but I’ve been using Qi Men Dun Jia for some of my clients involved in lawsuits. Fortunately for most of my clients, things always work out in their favour and they eventually win the case. Some even chose not to pursue things further after a consultation with me.

The case study in this entry was not my client. It’s a moderately high-profile case of two local athletes where one sued the other for defamation. The defendant lost the case and was ordered to pay damages, but is now filing an appeal hoping to turn the case around.

Whatever I write here has nothing to do with my opinions or judgements on who is right or wrong. This post is coming from a professional angle using Chinese metaphysics. I’m just a mere detached observer and practising Qi Men Dun Jia whenever I come across an interesting case.

(Read in light-hearted tone) I am also charging way too low for the amount of money I can help people save. *Peace sign*

The Context And My Initial Thoughts

It was a Saturday afternoon when I took out my phone and generated the chart, much like how casually generated a chart for the 2020 US Presidential Elections. I was chilling at my friend’s place after finishing a feng shui audit in the morning. We were just chit-chatting about life and some recent news which eventually led us to the case of the two local athletes embroiled in the defamation lawsuit.

Below was the chart generated on 25th September’21:

Most people have been taught for some weird reason or another that you need to sit and face some auspicious direction in order to get an accurate chart or reading, which I personally find to be just a marketing gimmick and utter hogwash. Truth be told, I was slouched on a bean bag on the floor when this chart was generated. I was sincere, or rather focused, though, in asking the question.

I have to reiterate again that whenever I generate a Qi Men Dun Jia chart, it never fails to amaze me that how it speaks to me and how relevant it is to the question ask. It is really as though the chart knows when and what kind of question you’re going to ask. Qi Men Dun Jia is not magic as I always say, but rather, a study of space and time and how things manifest in our world over time. It always goes back to the saying 「在天成象， 在地成形， 在人成事」。 Whatever is observe in the Heavens will have a physical manifestation on Earth, which naturally includes human life and its complexities.

Qi Men Dun Jia is amazing because it encapsulates all these laws expresses them in a form of a chart and although it looks like a mere snapshot of time, there is an element of time unfolding expressed in the chart as well.

How the Chinese sages assigned the symbols to the various objects, people, and even ideals is beyond my abilities to put down in writing for now but all we have to know for now is that these are assigned through nature’s laws and there is a logic behind it.

Breaking Down The Chart

It’s not difficult to use Qi Men Dun Jia for lawsuits as I have demonstrated in a previous blog post. We need to know where and what to look at:

Because now that it has reached a stage where an appeal is needed, we need to consider the following:

Based on my observations the process of interpreting the chart and the ‘Yong Shen’ (用神) are pretty much still similar, just that we need to take note of the role-reversal here.

Here’s what I see:

There is one last final signal in the chart that shows a clear disadvantage. In Qi Men Dun Jia there are three harms or ‘disadvantages’ we call 三害 which refer to 墓，击刑，空亡。 Each sector has a different effect on the 10 Heavenly Stems, so please take note of where 辛 Metal resides and ask yourself if this is a good position for 辛 Metal to be in.

The signs are very, very clear to me.My professional opinion is that the wise move is to not go ahead with the appeal as no good outcome will come out of this.

The appellant is clearly at a disadvantage here and there is hardly any positive sign showing up in the charts other than the fact that the relevant signs and sectors in the chart are all in an ’empowered’ state, meaning this event is definitely going to happen and that the appellant will take action (which we already know). Being in an ’empowered’ state does not signify an advantage, only the speed and intensity of the event. The point is whether taking action is the right move to do here.

Based on the above chart, I don’t think the appeal will be rejected outright and it will still move to the Court of Appeal, but my professional opinion on the matter is that it won’t have any material impact on the original verdict.

When Will It Manifest?

I’ve always said that it’s sometimes pointless to assess a Qi Men Dun Jia chart without figuring out when things will manifest. If you’re oblivious to the timeline of events, you won’t be able to make effective decisions because things can unfold in a matter of days, months, and even years. Most issues are time-sensitive so it’s ideal that we’re able to figure out when the event will unfold so it won’t hold as much weight.

I guess knowing when the events will manifest in the case of this lawsuit is less relevant as we simply need legal proceedings to run their due course and it’s out of the control of the appellant. We can still look at when the above issues stated in the charts will manifest just out of curiosity though.

From the looks of the chart, it’ll likely settle in the 未 month of 2022, meaning everything will come to a formal conclusion in July 2022 next year, with the judge only laying eyes of this case earliest by January of 2022.

This is a bit of hindsight bias but I thought it’d still be interesting to point out. The appellant has started a crowdfunding campaign 4 days after the above Qi Men Dun Jia chart was generated. It begs the question: Was this shown in the above chart?

It definitely is and I suspected that he did not have the money to pay the initial damages when I first saw the chart.

We simply need to look at 戊 Earth (representing money and capital) and where it resides:

A Qi Men Dun Jia chart can also conveniently point out what else is happening in a given situation and it looks at a situation from an eagle-eye view, from multiple angles.

Why Tactical Decisions Are Important

I don’t think I need to elaborate much on why tactical decisions are important. A single decision can alter the course of a lot of things and I guess the above case study is a good example of how Qi Men Dun Jia can be used to help you alter the course even without the person’s birth details.

The appellant did put his birth details on social media and its public and I took a look at it. All I can say is that whatever is happening now is definitely written in the charts, and even his BaZi chart points out that things are about to get a lot worse. This whole saga started in 2015, escalated in 2018, and blew up in 2021. If you had the BaZi chart of the appellant, you would be able to see how things slowly unfolded over the years. It’s not come to a point where he can only hypothetically use Qi Men Dun Jia to see how not to make things even worse. Like I always say, it’s important to look at a BaZi chart holistically and see how each year and 10-year phase are interconnected.

Qi Men Dun Jia is useful in the sense that it can help one avert these things that are written in our charts and it is able to point things out much more clearly than using BaZi alone. It’s not one’s BaZi chart is unable to deduce these things and give a client the proper advice to avert these things, but one would have to dive into the individual months in order to do so and there will be a complex question of when an event starts and ends.

Qi Men Dun Jia allows you to skip that cumbersome process and tell you the answer upfront even without someone’s birth details or exact birth time. The snapshot in time expressed through a Qi Men Dun Jia chart is already describing the current state and how things are unfolding. I guess that’s why it’s so popular now and being practised and sold by many practitioners in the industry. It is the easiest Chinese metaphysics technique to pick up and I can see why it’s appealing, but like any other astrological method, difficult to master analyzing a chart is not possible with linear thinking alone.

The aim of Chinese metaphysics is to hopefully use what our ancestors passed down to avert all these things, but sadly, most people are quick to dismiss this ancient art and call it hogwash. As I always say, not everyone is meant to benefit from this.

Like I always say, knowing Qi Men Dun Jia doesn’t mean you get to live however you want. We’re still meant to go through whatever our charts say we’re meant to go through. In the case above and like all of the cases I’ve put down on my blog, you can’t help but wonder if the course could have been altered. The person involved may never get in touch with Chinese metaphysics or the right practitioner. Even if he did, knowing what we know about him, he’s unlikely to listen.