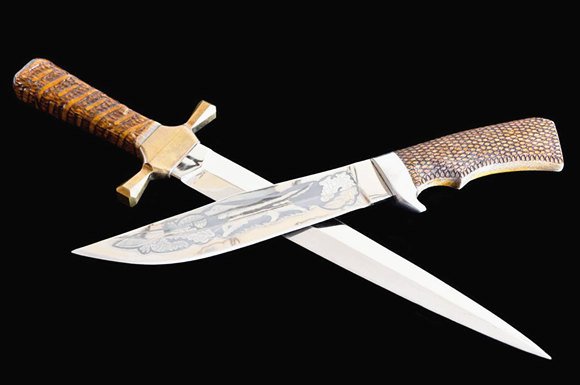 What We Know Of Yang Metal Personalities

Yang Metal represents a metal ore that is ready to be forged into a valuable tool or weapon. Newcomers to BaZi often do not pay attention to the Yin and Yang polarities to the elements, assuming that they don’t make a difference when the difference is actually huge.

There is plenty of information on Yang Metal on the internet, and you’ll always hear of a Yang Metal person being strong-willed, a change-maker and someone with a lot of pride. Whereas I don’t disagree with this, we need to always remind ourselves that trying to profile someone, or assessing a chart, is not as simple as just looking at someone’s Daymaster and slapping a label onto them.

Every element, or Heavenly Stem, represents something. When I say “something”, the spectrum is more extensive than you can imagine. It ranges from physical objects to ideas and symbolisms. Why is Metal, especially Yang Metal, always known to be the change-maker? Because Metal controls or harms Wood, which is the representation of something that has already grown and been established. This is not something I’ve made up, but a reflection of how the Chinese sages view Metal as an element. This is what it means for an element to represent an idea and as a symbol. BaZi profiling is based on these theories and became popularized as Chinese metaphysics started to spread with the advent of the internet.

What you often read online are what the best of each element or Daymaster represents. It’s not the full picture. There is always an opposite to everything, and such is the law of Yin and Yang. It’s natural for us to assume that not all Yang Metal people are going to be great leaders and change-makers. They can be some of the most destructive and deplorable individuals you’ll ever meet.

You will hear this in the Chinese classics a lot: Yang Metal needs to be forged, but it also needs to survive the forging process, if not, Yang Metal will be a useless piece of scrap Metal and brings no value. The word forging conjures an image of Fire, which is exactly what Yang Metal needs, but only if it is a strong piece of Yang Metal. Fire then needs to be sustained, so Wood needs to be brought into the picture too. The Yin or Yang polarity of Fire and Wood will matter. Bear in mind that not all Yang Metal charts want to see Wood and Fire appearing. There are special cases where these two elements need to be avoided instead.

If you take a look at the chart above, it portrays a piece of metal still being buried deep beneath the earth. There is far too much Earth elements appearing. No doubt the Yang Metal Daymaster is strong, but a strong Daymaster is just a way of describing the state of the chart – “strong” does not contain any positive connotations here. The right way to describe the chart is that it is imbalanced.

The above chart-holder does not possess any of Yang Metal’s positive qualities. His career has gotten nowhere and is a gambler, and womanizer with multiple failed relationships and marriages. There are also clear signs that the chart-holder will possess the mind of a child even though he’s already 54 years old. Yang Metal chart-holders of the world would be embarrassed by this person.

What Does A High-Quality Yang Metal Chart Person Look Like?

What does it mean for Yang Metal to be forged and how does it translate into real life?

To have an element ‘control’ your Daymaster is not a bad thing. ‘Control’ in BaZi is the English equivalent of 克，which a lot of people in the older-generation give a negative connotation to. BaZi students will know that the element that controls you is your Officer ‘god’ (官) which is an important ‘god’ to have, especially in a strong Daymaster chart.

To be forged by Fire means to grow from setbacks and challenges and to come out stronger and sharper. Few people truly embody what this means. You will find that low-quality Yang Metal charts will never make it a point to grow and become better. They remain stagnant and wonder years late why they have not gotten anywhere in their lives.

I’ve argued a long time ago that your 10-Year “Luck Pillars” or Elemental Phases are a reflection of how you grow. The above chart-holder does not have a single positive 10-year phase and his entire life has gone to waste.

Being strong-willed and confident is not a bad thing in itself, but such traits need to be exercised correctly. Chinese metaphysics is always about balance, and too much of a good thing is counter-productive. The above chart-holder is arguably “strong-willed”, but his strong will expresses itself as stubbornness, rigidity and a life driven by egotistical pursuits.

Your BaZi chart is an abstract representation of your existence, which is why you’ll often hear of charts being described by things you can often see in real life. There is nothing a piece of scrap metal can offer. It has to go back into the furnace to be completely melted to get rid of the impurities before it can be transformed into something else. You could see this ‘melting’ process akin to the person’s ego completely breaking down, such that he or she may finally change. It’s a painful process.

It’s tempting to jump into BaZi and look out for positive things to say about your chart. We need to be cognizant, and more importantly, accept that there are such things as bad charts. Instead of lamenting why our charts are not good enough, it’s more important to use it as a mirror and ask ourselves what we are lacking and what separates people with the good charts from the bad ones.

Do not get into the bad habit of profiling someone just by looking at their Daymaster. Not everyone embodies the best side of their element. 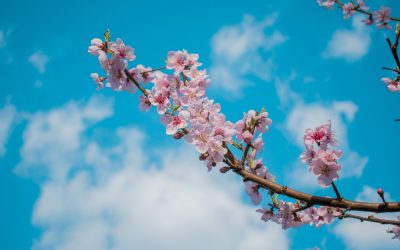