There’s No Such Thing As ‘Luck’: Understanding What “Luck Pillars” Are In Metaphysics

Whenever I get to this topic it always reminds me of the saying by Confucius in《周易·系辞上》which goes 『子曰：‘书不尽言，言不尽意，然则圣人之意，其不可见乎？』It basically means “lost in translation” and also “lose through communication”. There are certain meanings and revelations that can’t put across in words so simply.

The field of Chinese metaphysics has been translated into English to reach a greater audience, which is great, but there will definitely be certain things that get lost in translation. In addition, with the misconceptions and falsehoods that are not only being perpetuated but exploited by pseudo-practitioners or even scammers, Chinese metaphysics has lost the spirit which it was developed on.

Why I Put Inverted Commas When I Say “Luck”

You will notice that I put an inverted comma when I use the word “luck”. Luck, according to the dictionary means “success or failure apparently brought by chance rather than through one’s own actions”. We often translate the word yun (运) into “luck”, and people love asking me how ‘lucky’ they are when they do a consultation with me. I think it’s about time I addressed this issue in my blog. These are my personal views which are influenced by Buddhism and its teaching. What I’m about to express is not exactly written in any Chinese classic explicitly, but only because Chinese classics assume people already know what yun (运) is.

Why The Word “Luck” Has No Place In Chinese Metaphysics

Regardless of which Chinese metaphysics method we use, you will always hear this term we call yun (运) which mainstream authors and practitioner will call “Luck Pillars” or “Luck Phases”.I hesitate to call them “Luck Pillar” and prefer using the term “Elemental Phases” because the word “luck” is misleading.

A lot of my clients tend to think that their success or failure is brought about by chance and that their BaZi charts determine how wealthy or successful they will be. It’s not that our BaZi chart determines these things per se, but rather, the charts give an indication of how likely whether we are able to attain success.

If you really think about it and break down this notion of thought by its first principles,  you’ll know that this is simply not true. Yes, people’s success may often seem like it came from sheer chance, but underlying those opportunities are also hard work, good character, resilience amongst many other virtues. I agree some people aren’t so fortunate to be born into a good environment or family, but let’s not compare someone who came from a good environment with someone from a bad one as opposed to a bad one. A far comparison would be to ask ourselves why two people from a similar environment can end up with starkly contrasting outcomes in their lives. Is it really because of “luck”?

Our “Luck Pillars” / Elemental Phases Are Our Growth Process

If I were to look at two equally bad natal charts, will I be able to tell who eventually ends up successful? Of course I can.

The technical way to do this is to look at their “Luck Pillars” or Elemental Phases, because when it is on your side, success will definitely follow. But let’s dig deeper and ask ourselves what is the point of discussing this right now.

The point here is to understand, in layman terms, what exactly separates these two peole. How does it show up in real life? It’s easy.

The one with the negative “Luck Pillars” will be the one asking “Do I need to work hard to be rich?.”

The one with the positive “Luck Pillars” will be the one asking “How can I work harder and smarter to become rich?”

There is a reason why I said your “Luck Pillars” / Elemental Phases reflect your growth. This isn’t even an opinion, but it is actual Chinese metaphysics theory too.

Our BaZi charts paint a story of how we grow, just like how any other phenomena in nature grows. But on the flip side, please remember the flip-side of things, because when there is growth, there is also decline and decay. Chinese metaphysics is but a study of laws and pattersn, and the cycle of birth and death are a part of it.

The reason why you want to have a good “Luck Pillar” or Elemental Phase is simply because you want to be that something or someone who is growing, because if you are not, you would be declining or decaying. Your chart tells a practitioner where you are in this cycle.

It’s a pity that the field of metaphysics undermines people’s hard work and good character, and what’s associated with success is this mysterious force that everyone is trying to tap on using metaphysics. Hardly anyone looks within themselves these days or asks themselves why one deserves wealth, success or a good partner. Most people act and behave as if the world owns them this only to be taught that this is not the case in a very harsh manner. If ‘luck’ or one’s yun (运) is really about forces you cannot control, well, then what’s the point of getting a reading? Just resign to fate then. There is a reason why our ancestors said personal cultivation is able to one transcend his or her chart. Sadly, most people turn to false remedies like items or charms. Life’s not that simple so please don’t be naive everyone. If this worked, I would have struck the lottery by now and my life would be perfect.

There’s a saying that “luck is when preparation meets opportunity”, so if you aren’t prepared with the right knowledge and experience, it’s probably going to be a lot harder to achieve what you desire. No one is going to present you with the position of CEO when you can’t even run a small department well.

When a bad event is identified in a BaZi chart, it always has to do with the chart holder’s actions. A BaZi consultation is able to identify which years are more challenging for individuals, and when these people think back, these events happen only because of a silly decision they made and it’s not something arbitrarily. Things don’t just happen – there is always a cause-and-effect chain. I’ve had a lot of clients who experienced wealth loss which could be seen from the chart, and the reason for their wealth loss is due to gambling and dabbling in things they are not prepared for. It’s not that they woke up with one less zero in their bank accounts.

Could you say that the wealth loss they experienced happened arbitrarily and for no reason? Has it to do with luck? Absolutely not. It became very evident to them that their setback was due to greed, laziness, and naïveté. It has absolutely nothing to do with randomness and chance.

The reason why I’m writing this entry is to try, yet again, to get people into the right mindset for a consultation and perhaps let people understand why some people have good lives, while it seems out of reach to others. Have you wondered why some people from such challenging backgrounds can become so successful, while some from privileged backgrounds end up bringing down the whole family? It really has nothing to do with luck.

Always Remember The Spirit Of How Chinese Metaphysics Was Developed

Modern-day books on metaphysics don’t talk about the spirit in which metaphysics was developed, focusing only on popular topics like forecasting and tips to enhancing one’s life. The superficiality has got to a point where Chinese metaphysics starts to get misleading and it is starting to give people false promises.

Consider the notion that your BaZi chart is just another way of describing cause and effect. This alone will make you change the way you look at this ancient art. I try my best to synthesize what I know and draw from my own experiences to make Chinese metaphysics more palatable to the layman. Whether you can truly benefit from metaphysics or not, is perhaps, written in your charts as well. If you refuse to approach Chinese metaphysics the right way, you’ll only end up harming yourself or wasting money.

A lot of people like to ask how do I increase a certain element in their charts, but they fail to understand your BaZi chart is basically a depiction of planetary arrangements at the time you were born and a form of timekeeping, so there’s really nothing to ‘increase’ because the snapshot of the time you were born can’t change. The Five Elements are a description of how energy develops, move and then subsides like how life thrives in the season of spring and comes to a halt during winter. This is also the reason why the change in seasons plays a huge role in BaZi analysis. The Five Elements have nothing to do with the actual fire, wood, metal, earth or water you see in day to day life. You don’t have to hug a tree or eat soil if your chart happens to lack Wood and Earth. The right question to ask is “what am I not seeing or understanding about myself”? Because an imbalanced chart causing by a missing element is simply a reflection that you’re not a holistic person.

Use your BaZi chart to begin the process of introspection and learn more about yourself. You may not like what you hear or read, but have the courage to slowly change things, because staying in denial tends to make things a lot worse. My clients would usually ask me how a chart can be transcended – it’s a topic I’ve touched on in previous posts before, so do browse to my older posts to give it a read. You might be asking if feng shui helps. Of course, it does. But to be able to acquire an auspicious residence also takes a lot of work and whether you get a good house or not is somewhat fated. If you have a bad BaZi chart, the chances of you getting a good house will definitely be low.

If you have a friend that refuses to see Chinese metaphysics for what it is, and is always trying some funny way of ‘increasing’ his or her ‘luck’, please share this post with them. 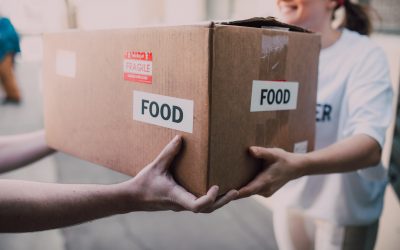 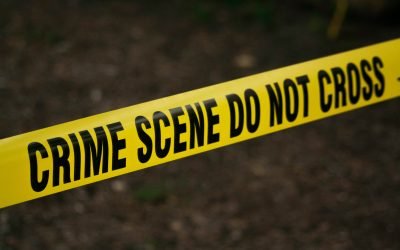 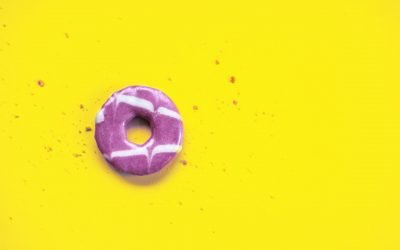 If you're wondering why I have a picture of a doughnut for this post, it's not because I uploaded the wrong file but rather, it's my new favourite word after binging on some Hell's Kitchen during this mini-lockdown. I'm forcing myself to get into the mood of writing...