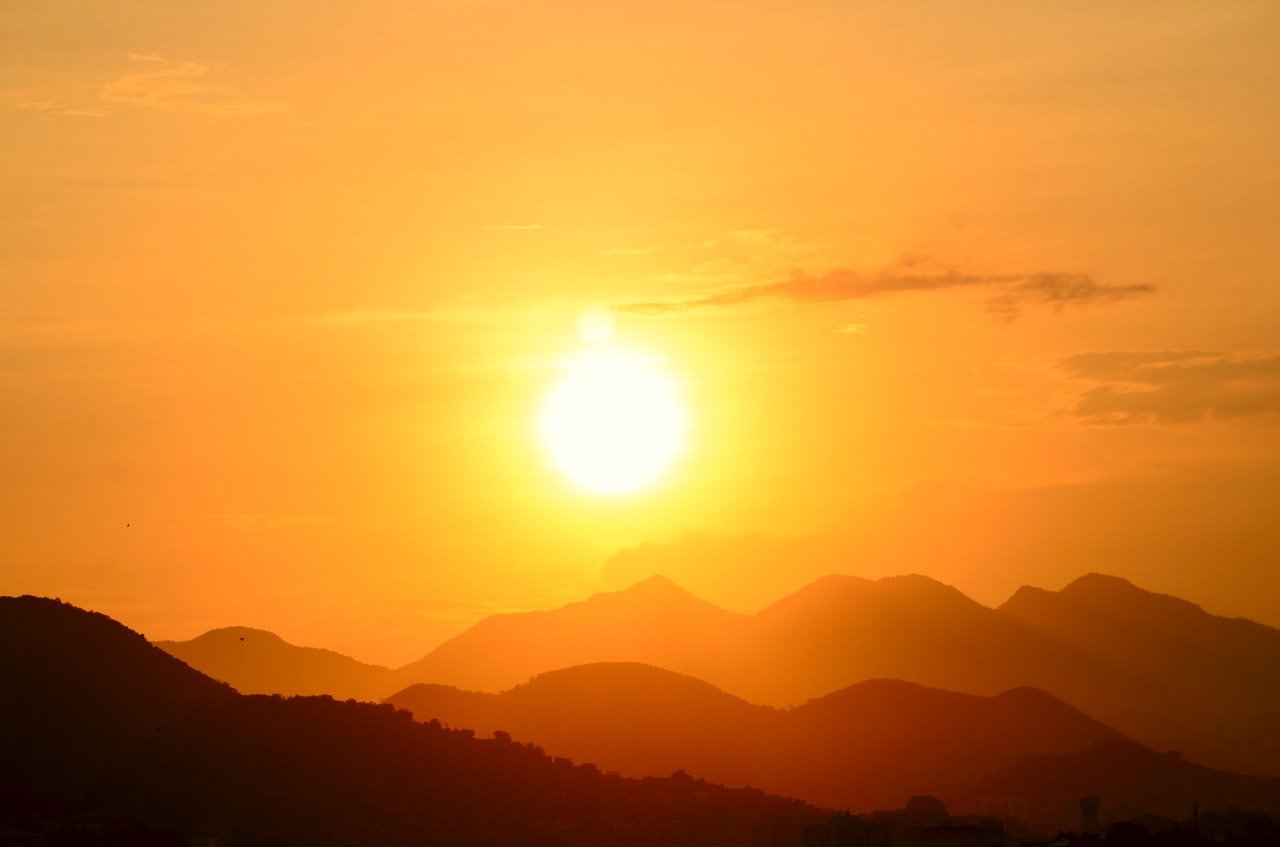 Each of the 10 Heavenly Stems represents a certain phenomenon we can see and experience. Yang Fire takes the privileged position of representing the sun. Without it, all life comes to an end.

Yang Fire does not have to literally represent this big burning ball of fire, but rather, it represents what the sun stands for and its role. This fiery element provides warmth and represents outward expanding energy, and people born under Yang Fire are known to be jovial and with an infectious personality. If a BaZi chart required ‘warming up’, Yang Fire will do the job.

Always remember that the Five Elements in Chinese metaphysics are not the literal things you see or feel in nature. They’re just an abstract representation of how energy moves.

In the context of the Five Constant Virtues of the Chinese, Fire is represents propriety, or etiquette. It represents li (礼). A balanced chart holder of Yang Fire will know the importance of having boundaries and know how to act appropriately in any given situation. The two negative extremes of this would be to disregard standards of behavior and morals, or to get as though one is the epitome of them. In order words, don’t be surprised if you find a strong Yang Fire Daymaster person acting as though he or she is society’s moral compass, whereas one with a weak one would not care about such human ideals at all.

The above are two strong Yang Fire Daymaster charts. The interesting thing you’ll notice is that their 10-year “Luck Pillars” look somewhat similar, just that they are going in the opposite direction due to their different genders.

Both charts require Earth and Metal, with Earth being the priority. Unfortunately, have moved out our their beneficial 10-year “Luck Pillars”/Elemental Phases.

So, you might be wondering how the above charts are manifesting in real life:

Both are entrepreneurs. The female Yang Fire chart holder has recently just entered into a tough phase of her life and her business is on the rocks. She did get to benefit a bit from her previous two 10-year phases and hence managed to get some progress.

You might be wondering why a Yang Fire person born during winter is considered a strong Daymaster. There are a few reasons:

There is one trait that is a tell-tale sign of severe character flaws in this chart, and that is the Yin Fire + Yang Water combination (丁壬合) occurring in the Year and Month Stem. Yang Water is an extremely important element for a strong Yang Fire, so to have Yang Water displaced causes a huge downgrade in the chart’s quality. There is a very specific character flaw, but I’ll leave that to the readers to decipher what that is.

Unfortunately for him, he’s already in dire straights. Although his previous phase of ji-you (己酉) was considered supportive, 2013 to 2015 were years Fire-based years that were against him. Things, of course, didn’t go well for him. He was only allowed to benefit briefly from the Metal years of 2016 and 2017 before transitioning into his negative 10-year phase. That is when everything changed and his downward spiral officially began. To my knowledge, all his business ventures closed down and he had to resort to being a tour guide, only to have his source of income taken away yet again due to the pandemic situation. It won’t be long till the full force of this negative 10-year phase hits him once we enter into the Wood phase of the 12-year zodiac cycle, which is 2022’s year of the Tiger, represented by the yin Branch of Wood.

Both examples here clearly have character flaws. Both overestimated their abilities and possessed a twisted sense of self-righteousness which eventually led to their own isolation and failure. Strong, imbalanced Daymasters are harder to deal with. That’s because they have stronger personalities and it manifests in different ways. Low-quality, strong Yang Fire people like to tend to think they have the moral authority over others and it often backfires.

Encountering a negative earlier in life is far better than encountering it later in life. This is a belief that the Chinese ancestors and sages held and it still holds true event till today.

We want to be at our prime when the good phases come, vice versa. That’s when we are most able to shine and offer our talents to the world. A lot of charts benefit from easier phases early on, but start to stagnate when their hit their 30s and life becomes a bore after that. Sometimes it’s just life. Other times, it’s due to complacency and thinking that as long as one has a university degree, progress will come no matter what.

People tend to underestimate what a negative 10-year “Luck Pillar” can do to someone and the severity of it. By the time these people do, it’s often, it’s often too late. The above male chart holder was never someone who would listen to anybody but himself due to his character flaws, so even the best BaZi practitioner won’t be able to save him from his plight once 2027 hits. It’s already too late. His foundation is weak and the best years of his life are gone. He does not have any special skill or knowledge to start something on his own, and neither can he head back to the corporate world.

He’s not “unlucky”. The way he chose to live led him to his situation and he has no one to blame but himself.