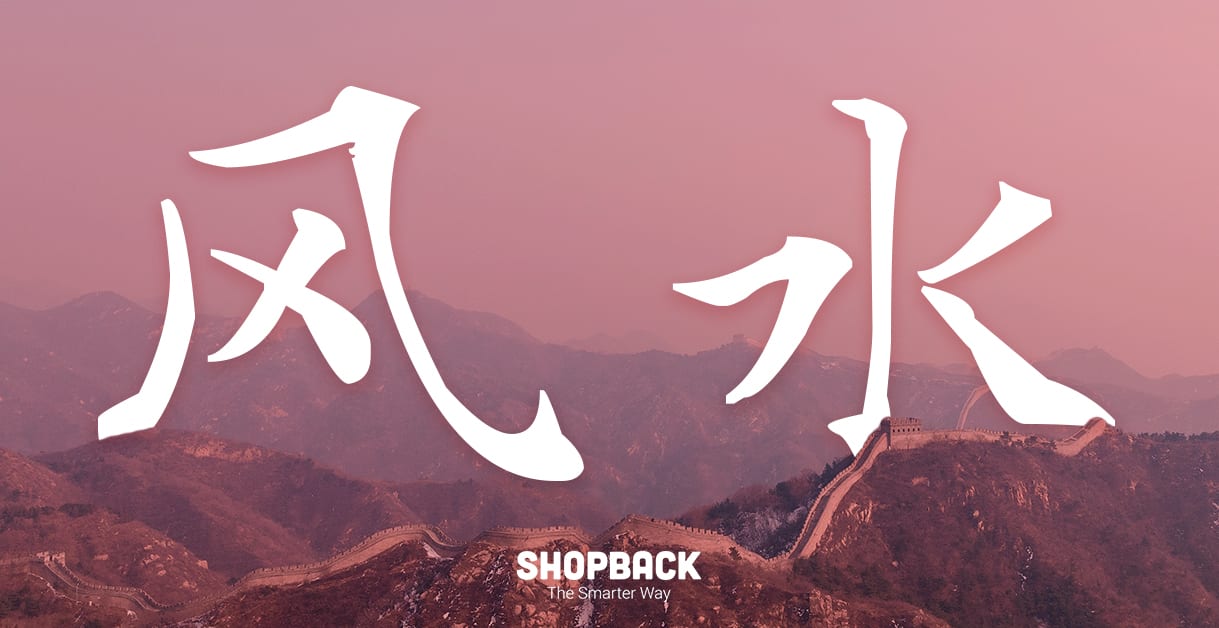 What do you think of when you think about Feng Shui? Is it a form of art, or is it just for those who are superstitious?

Before Chinese New Year, people are always eager to find out how their year will go. Annual Chinese zodiac forecasts become a norm — from something you read in forwarded WhatsApp messages to displays in popular shopping areas.

We couldn’t help but wonder to ourselves — what is the deal with Feng Shui and the rest of Chinese metaphysics?

Sean isn’t your typical “Feng Shui Master”. For one, he looks much younger than what you’d expect.

Without grey hair or a long white beard, you might feel he might not know a lot about Feng Shui.

But Sean has somewhat of a slightly different approach to Chinese metaphysics: he’s read the Chinese classics and aims to dispel the myths surrounding the field with his blog and practice.

I think one paragraph can’t quite sum up how I would want people to see BaZi and Feng Shui given the depth and history of this field.

I’ll collectively refer to Feng Shui and BaZi as Chinese metaphysics. Regardless of whether it’s Feng Shui or BaZi, this field should always be seen as the wisdom of our Chinese ancestors and how they viewed the world.

They believed that there were certain laws that governed the universe, and Chinese metaphysics is a reflection of that. It goes back to the very ancient Chinese belief of 天人合一 (tian ren he yi, loosely translated as “man being one with the heavens) 一 which is a worldview the ancient Chinese had that human life parallels the laws of nature, and is therefore intertwined.

BaZi and Feng Shui is a reflection of what Chinese Thought and Culture was built on, and the way the Chinese viewed the world.

It is a fascinating field because it’s still very applicable even today, because these are nature’s “laws”, and “laws” don’t change.

One of the most common things you hear of is the 5 Elements – Metal, Wood, Water, Fire and Earth – are referring to the literal things you can see in nature. It does not.

The 5 Elements are a description of how energy moves or interacts and how Yin and Yang energy interacts. The interactions are separated into 4 categories 太阳 (tai yang Fire) 、太阴 (tai yin Water)、少阴 (shao yin Metal)、少阳 (shao yang Wood). 土 (tuEarth) is seen as a by-product of the interactions, which makes up the 5th element.

People always mistake the 5 elements for the literal things we see in real life, which is why you’ll often hear things like, “If your BaZi chart lacks Fire, wear red because it represents Fire.” This is a complete misinterpretation of the theory and philosophy.

Colours are often misunderstood as well. It’s nothing but an abstract representation of these laws, and certain colours were assigned to certain directions for cultural and historical reasons. Colours really have no magical effects in changing one’s life other than having a psychological effect on your mood.

The logic that most people subscribe to does not make sense. For example, if there would be some BaZi charts which will does not welcome Water, but we know that the human body is 60% water, so wouldn’t that make that person a walking piece of bad luck forever?

Because of these misunderstandings, Feng Shui and BaZi are often seen as a magical solutions to one’s life, where you can ‘game’ the system simply by wearing the right colours and facing the right direction when you sit.

It’s a complete misunderstanding of this field and these myths and misconceptions end up harming people. It doesn’t help these myths continue to perpetuate because of the buzz it generates during Chinese New Year festive season.

You could say that. But bear in mind these beliefs are formed based on what our ancestors have observed, so there is some form of empiricism involved. In other words, these “beliefs” that our ancestors had are not something that’s made up.

These beliefs can be observed, and through that, the ancient Chinese formed a hypothesis of how the world works and the laws which governed it — that’s how Chinese metaphysics was developed and this is what gives this field the ability to project into the future.

To give more context, the ancient Chinese saw things in Yin and Yang. Reality can only exist as a duality and everything has a polar opposite. It’s not just the Chinese who saw the world this way.

I believe other civilisations also held similar views although they expressed it differently. The Greeks had Empodecles who first explored this concept, and Buddhism also touched on this in a concept we called “dependent origination”.

This goes back to the concept of 天人合一 (tian ren he yi), meaning Heavens and Mankind are one. The ancient Chinese believed that we our lives are intertwined with the laws of nature, so naturally we’ll want to kickstart these important days when things are on our side.

To put it simply, it’s to ensure that the events of the day go smoothly and not be get disrupted by situations like ill-health or other unforeseen circumstances from other areas of your life, which can be deduced using metaphysics.

Chinese metaphysics has never been about lucky colours or crystals. Life isn’t so simple where you can game it like that, so do not ever associate metaphysics with those things. Also, it’s not that forecasts don’t work, but there is a proper way of doing it.

The forecasts you see every Chinese New Year is the worst possible way you can apply metaphysics, because it’s going to end up misleading people and they may end up making the wrong decision, harming them in the long run.

I’ve come across many cases where people made the wrong decisions based on what generic zodiac forecasts that they saw or read on TV, and it’s sad to see such cases happen.

Chinese metaphysics, in a way, is for us to understand ourselves better and our place in the world. You could see it as a form of an unbiased self-help tool to tell us what we need to look out for.

I don’t want everyone to think of Chinese metaphysics as merely a forecasting tool although it’s definitely one of the intended purposes. Appreciating the philosophy behind it is important too.

Forecasts can be done, but as mentioned, there is a proper way and technique to performance such forecasts. Doing a forecast flippantly by merely looking at your zodiac sign is a completely wrong application of Chinese metaphysics.

Our ancestors never intended for Chinese metaphysics to be used this way. This annual practice is misleading and causes more harm than good and should be only regarded as entertainment. Many people, especially Chinese metaphysics enthusiasts, have made wrong life decisions based on these forecasts only to end up in a difficult situation they are unable to get out of.

Having this skill at my age does have its advantages and it can make life pretty interesting at times.

Knowing how to read BaZi charts is a really great ice-breaking tool when you meet someone new or when you’re at social events. It somehow always piques people’s interests and they can’t help but want to ask you what their future holds. I’ve made many great friends through this and some of my clients have become my close friends as well.

For my personal life, I’m sure most people already know by now (thanks to the media) I found the most amazing wife using BaZi. As for the other practical uses, I can get to know someone’s character traits without actually getting to know them.

In other words, I know who are the people I can trust and work with and I can’t emphasise enough how important it is to have trustworthy and reliable people around you.

Most people know I still hold a day job, but few know I picked the company I’m in now by looking at the BaZi charts of the CEOs – I knew which company was going to win and come out on top, and I also knew which is the leader who has his heart in the right place and I would want to follow, and time proved that I was right about my decision. I also bought a house which has really good Feng Shui especially after witnessing how much it matters.

Knowing metaphysics hasn’t changed the way I live per se. I’m like any other person my age. It’s just that this knowledge gives me a lot more information and foresight that I can use to make better decisions not only for myself but also for the people around me.

Other than the unfortunate reason that it is often being marketed as a life-changing, get-rich-quick tool (which absolutely shouldn’t be the case), it is, after all, part of our Chinese roots.

Like any other form of astrology, people will always be intrigued by the novelty aspect of BaZi and feng shui, especially when it can be used to tell what the future holds and we get reminded of these things each time Chinese New Year arrives.

Who wouldn’t be curious about what the future holds for them?

For the original article, see: https://www.shopback.my/blog/feng-shui-chinese-metaphysics 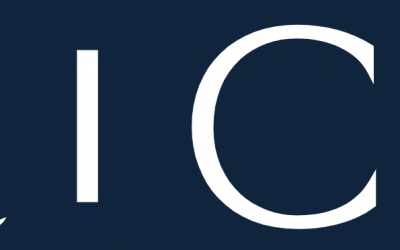 Hello everyone! I was sitting on the fence thinking whether I should write a post regarding my Rice Media feature that was just published today. You can find the video here: The Man Who Divines Destinies Through Emails This feature is about as real as it gets I... 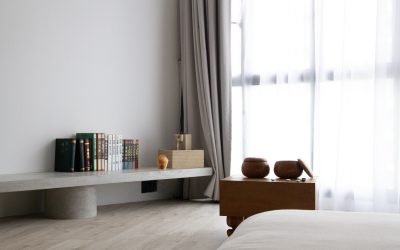 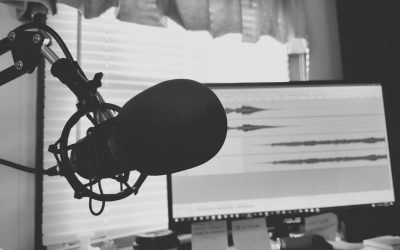